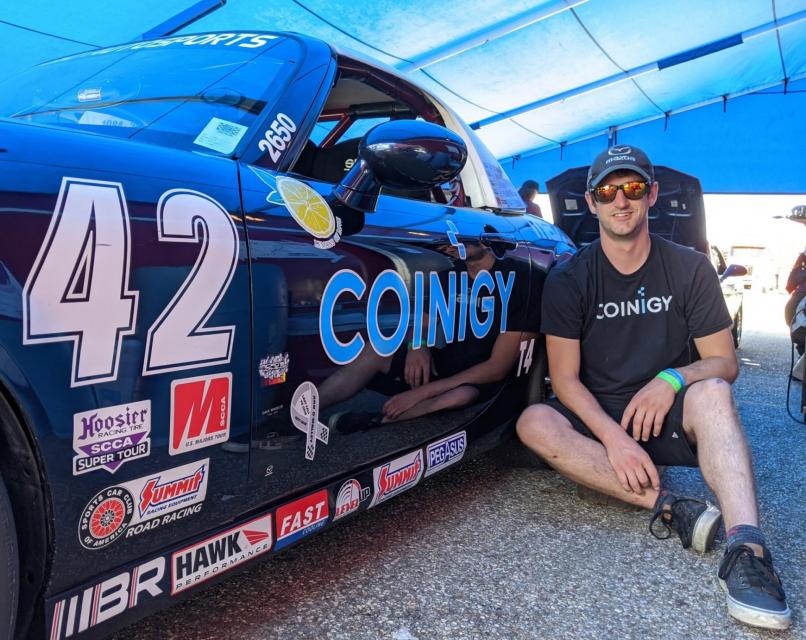 ELKHART LAKE, Wis., – June 15, 2022 – The WeatherTech® Chicago Region SCCA June Sprints® return to Road America this weekend, June 17-19, in one of amateur racing’s premier events in the country. The June Sprints have been held every year at Road America since 1956, just one year after the four-mile track opened.

An impressive 371 entries are expected in eight group races, featuring the best showroom stock to highly modified purpose-built race cars from around the country.

Michael Borden, from Lisbon, Wisconsin, is one of many drivers on the entry list who consider Road America their home track. Borden is a former SCCA National Champion, competing at the June Sprints in the No. 142 Coinigy/Advanced Autosport Mazda MX-5 in the Touring 4 class.

“The June Sprints attract the best of the best drivers, and that, combined with an iconic track, gives you some of the largest but most competitive fields in club racing,” Borden said. “So many things make Road America special, including the beautiful property, the great food, and the long track that flows so well and is still in its original layout, which always creates close racing, just for starters. The four-mile, 14-turn course makes it easy to learn but very challenging to get right. But when you do, it is gratifying. The June Sprints at Road America is the race I make sure to go to every year.”

Unlike many amateur races, the June Sprints attracts racers from across the country. MBI Racing, based in Bakersfield, California, has a nine-car contingent of Spec Racer Ford machines traveling across the country to compete.

That group is led by TJ Acker, who was the class polesitter at last year’s SCCA National Championship Runoffs at Indianapolis Motor Speedway. Acker will also race in the Formula Enterprises class for open-wheel cars and adds another milestone at this year’s event.

“I’ve been coming to the Sprints since the mid-1990s,” Acker said. “It’s my favorite event of the year. Road America is fun to drive and generally leads to great racing. We love Elkhart Lake. I’ll be racing with my son, Trevor, this year, which should add another great memory.”

IMSA President John Doonan will serve as Grand Marshal for the weekend, opening with practice for each of the eight groups on Friday morning. Friday afternoon and Saturday morning are qualifying sessions, followed by 25-minute races on Saturday afternoon for all eight race groups. Sunday is a full day of racing, beginning at 9 a.m., with each race scheduled for 13 laps.

Daily admission to the June Sprints is $30 Friday and $40 each on Saturday and Sunday.

Tickets are available, and fans are welcome. Additional event details, ticket pricing, and camping information can be found at  www.roadamerica.com  or by calling 800-365-7223. Anyone 16 years old and under is FREE with a paying adult at the gate.  Racing runs rain or shine.