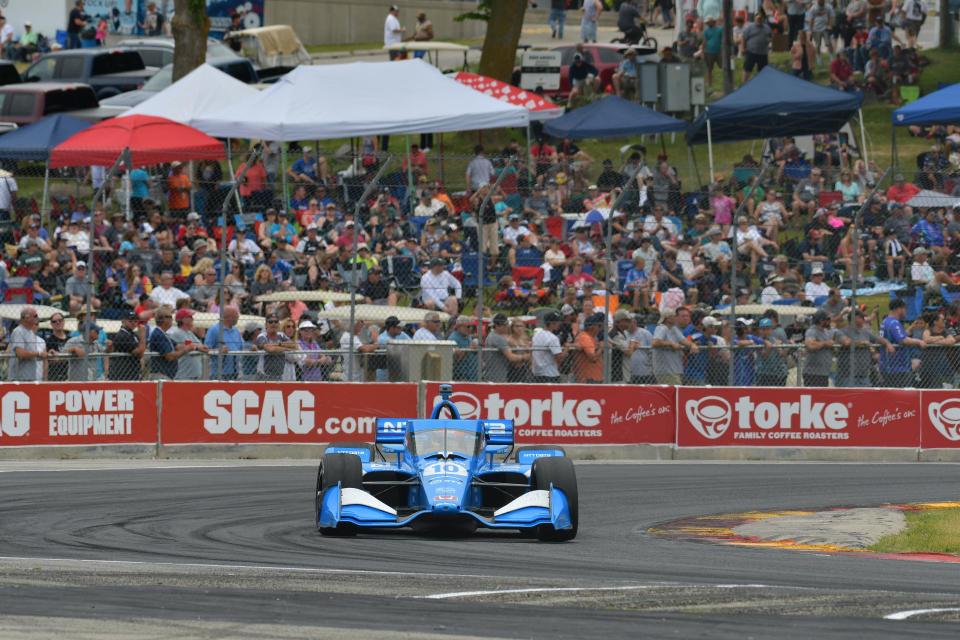 The series began racing at the picturesque layout in 1982. After a brief hiatus, the NTT INDYCAR SERIES returned in 2016 to packed grandstands and campgrounds. This year marked the sixth consecutive year Road America has hosted North America’s premier open-wheel series.

“INDYCAR is pleased to continue its relationship with Road America,” said Penske Entertainment Corp. President and CEO Mark Miles. “It is clear that NTT INDYCAR SERIES events in Wisconsin’s scenic Kettle Moraine have developed into exciting and favored weekends for our fans and athletes, as well.

“Last year, Road America became a central figure in the series’ return to racing during the global pandemic and the first to host a doubleheader. It has been a fantastic addition to our championship, and it is gratifying to know that it will remain a mainstay on our calendar.”

This year, Alex Palou thrilled a massive crowd with a daring drive and a late-race pass to win the REV Group Grand Prix presented by AMR on June 20.

“The NTT INDYCAR SERIES is clearly one of the greatest forms of open-wheel racing ever to grace our beautiful 4-mile road course,” said Road America President and General Manager Mike Kertscher. “We’ve had a strong relationship since its return in 2016, and we are very proud to continue the tradition. The response from our fans has been tremendous over the past five seasons, and as part of showing our appreciation to them, we are offering a special four-day ticket package for $122. This special is only available online as a print-at-home ticket, and the special price ends on Sept. 30, 2021, so go to roadamerica.com and get yours today.”