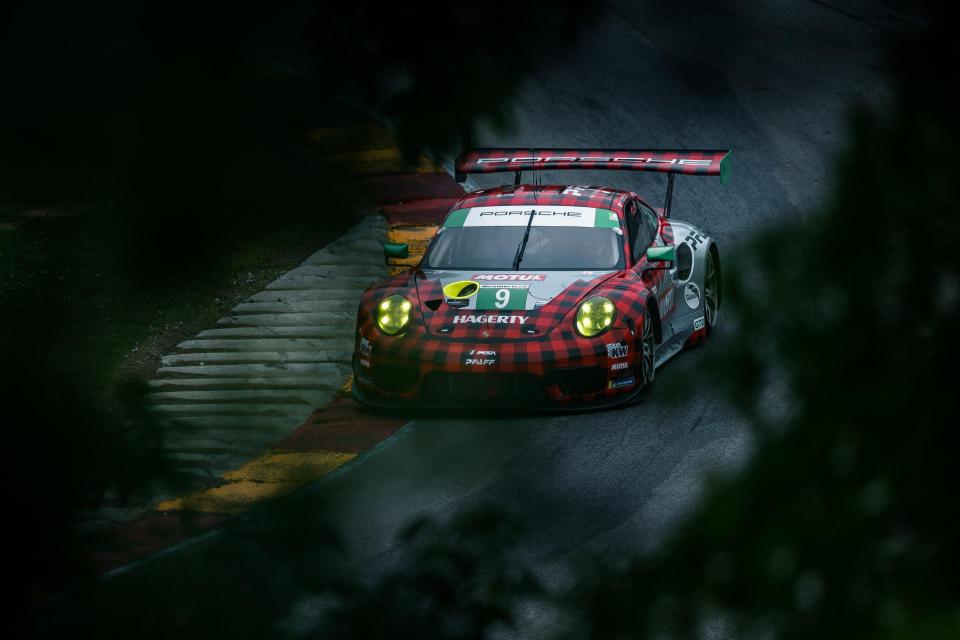 ELKHART LAKE, Wis., – August 2, 2022 – Out of all the racetracks on the IMSA WeatherTech SportsCar Championship circuit, none have been as rewarding to Pfaff Motorsports as Road America.

Since joining the grid in 2019, Pfaff Motorsports’ record at the fan-favorite racetrack is undefeated. The team scored its second WeatherTech Championship victory at Road America in 2019, and while not competing in 2020 due to the coronavirus pandemic, Pfaff returned to claim the checkered flag once again in 2021.

This time around, the Canadian-based team brings immense success through seven races of the inaugural GTD Pro season. A thrilling victory at the Rolex 24 At Daytona in January led to more first-place trophies at WeatherTech Raceway Laguna Seca and Canadian Tire Motorsport Park last month. Now the team is looking for another win this weekend at the IMSA Fastlane™ SportsCar Weekend, August 4-7.

However, Road America won’t be quite as smooth sailing this year for the No. 9 Driveway Porsche 911 GT3 R. While driver Matt Campbell was part of the team’s winning effort in 2019, his co-driver Mathieu Jaminet will be a first-time visitor to the revered 4.048-mile, 14-turn circuit.

“I don’t really know what to expect because I basically don’t know where the track is going,” Jaminet described. “Until then, I’ll try to prepare myself and maybe go to Matt’s place to do some simulator to see the track. I’ve only heard very good comments about there, and Matt has been very successful there in the past. I have one of the best guys who can teach me all the little tricks, and hopefully, we’ll also have a good one there. I don’t really know what to expect, and I can’t wait to finally see the place.”

In addition to the GTD victory with Pfaff Motorsports, Campbell also won last season in the former GTLM category.

“I’m really looking forward to getting back to Road America,” said Campbell. “I’ve been there a couple of times and won both occasions, last time in GTLM and then in 2019 with Pfaff, which was my first ever event with Pfaff and the second win for the team. It’s my favorite track in North America, and it suits our car well.”

With two races remaining after Road America, Pfaff Motorsports is well in contention for the GTD Pro championship. The quest comes after scoring the 2021 WeatherTech Championship GTD title that included wins not only at Road America but also at the 12 Hours of Sebring, Laguna Seca, and Virginia International Raceway.

Ticket prices vary by day, starting at just $40. Kids 16 and under get free general admission with a paying adult at the gate. Racing runs rain or shine. For additional event details and tickets, check out www.roadamerica.com