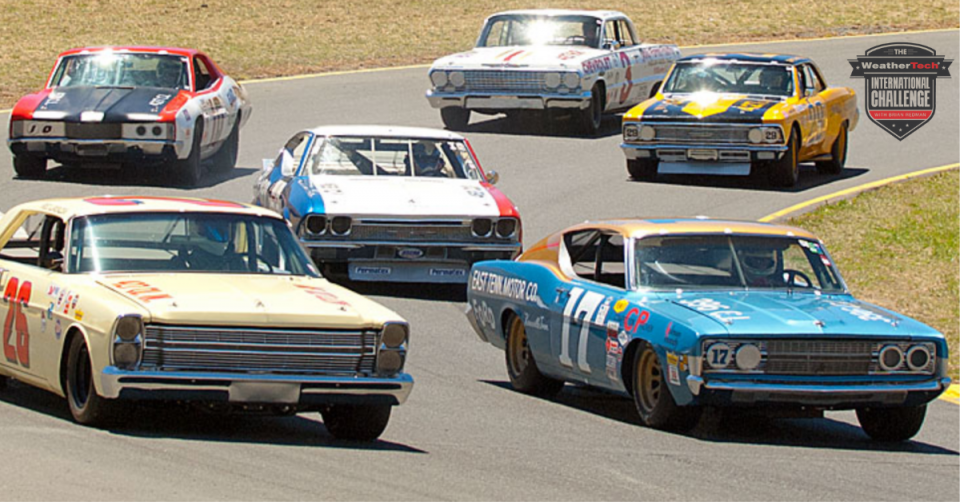 ELKHART LAKE, Wis., - Aug. 25, 2020 - Road America announced today that historic NASCAR and Grand National cars would be the featured marque for the 2021 WeatherTech International Challenge with Brian Redman. Widely known as one of the largest vintage race car gatherings in the United States, featuring over 50 classes of cars racing in several groups The WeatherTech International Challenge with Brian Redman will return again July 15-18, 2021. A mid-summer classic including everything from a special concours on Friday and Saturday and a special NASCAR and Grand National racer reunion makes the 2021 event a can’t miss spectacle for any racing enthusiast.

“This event has become an annual tradition for hundreds of racers, enthusiasts and thousands of NASCAR fans every year,” said George Bruggenthies, Senior Consultant for Road America. “We are extremely proud to announce that the event will pay tribute to these historic Grand National and NASCAR cars as the featured marque. Road America is poised to usher in the celebration with a racer’s reunion, races for club and pro-series-vintage, historic and contemporary racers; a concours with expert and people’s choice awards, track touring, parade laps, and a vendor marketplace making the 2021 WeatherTech International Challenge with Brian Redman an event that everyone of all ages can enjoy.”

Having both historic NASCAR and Grand National cars serve as the featured marque for 2021 is a fitting tribute for Road America as the NASCAR XFINITY Series has raced at the fabled four-mile 14-turn circuit since 2010, however, most NASCAR fans aren’t old enough to remember the first time NASCAR racing came to Wisconsin. The date was Sunday, August 12, 1956, and at the urging of Carl Kiekhaefer of Fond du Lac, Wisconsin, the Grand National Division (now NASCAR Cup) ran the 37th event of 56 that counted towards the championship battle. Many of the 26 drivers who took the green flag that day read like a who’s who of the early days in NASCAR racing – Lee Petty, Junior Johnson, Buck Baker, and Fireball Roberts were a few notables but Tim Flock took the checkered flag, in the rain, driving a Mercury, at a speed of a top speed of 71.4 mph.

More details for the 2021 WeatherTech International Challenge with Brian Redman including entry information, qualifying procedures, concourse information, and tickets are expected in the coming months.