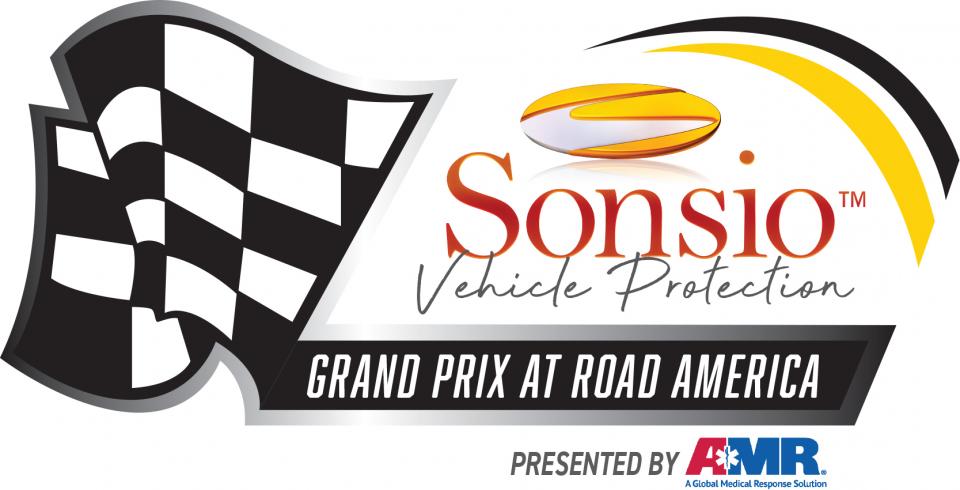 ELKHART LAKE, Wis., – January 19, 2022 – Sonsio has signed on to be the title sponsor for the NTT INDYCAR SERIES event at Road America, and American Medical Response has agreed to return as the presenting sponsor. The race will be known as the NTT INDYCAR SERIES Sonsio Grand Prix presented by AMR. The green flag will fly on the event at approximately 12 p.m. CST on June 12, 2022, and the event will be aired LIVE on NBC.

“We looked closely into what Sonsio could do with the NTT INDYCAR SERIES to continue a mutually beneficial partnership, and a relationship with Road America fit the bill,” said Sonsio Chief Executive Officer, David Jones. “Road America is a premier facility in a spectacular part of the country, and we look forward to working together to make the NTT INDYCAR SERIES Sonsio Grand Prix presented by AMR a memorable experience for everyone.”

For over 37 years, Sonsio has been the industry leader in administering tire and wheel road hazard programs, vehicle appearance programs, parts and labor warranty programs, mechanical advice, extended customer service, and loyalty enhancement programs to the automotive industry. As part of the entitlement of the NTT INDYCAR SERIES Sonsio Grand Prix presented by AMR weekend, Sonsio will leverage other marketing opportunities and receive branding in the form of trackside and other signage and will be able to communicate with Road America’s fans inviting them to learn more about Sonsio and its many automotive services.

”Sonsio is a great fit for Road America,” said Mike Kertscher, Road America’s President and General Manager. “They have a unique cadre of offerings and services that have been instrumental in improving the automotive industry. We feel that Sonsio will incorporate itself very well with Road America’s fan base, and we are very excited to have them on board in such a prominent capacity. We are equally proud to have American Medical Response join Sonsio with this event as the presenting sponsor. American Medical Response is a leader in emergency medical transportation, and they have been instrumental to INDYCAR’S success through various partnerships with the NTT INDYCAR SERIES Safety Team and series initiatives.”

In addition to the title sponsorship of the Road America event, Sonsio’s INDYCAR involvement will also once again extend to a primary partnership with Team Penske. Building upon their relationship in 2021, Sonsio will serve as the primary partner on the No.3 Chevrolet driven by defending NTT INDYCAR SERIES Rookie of the Year Scott McLaughlin at the Road America event.

“It is an honor to represent partners that have already tasted success with Team Penske over the years, including Sonsio,” said McLaughlin. “My aim is to continue those winning ways with the No. 3 Sonsio Chevrolet in 2022. Road America is a perfect place for us to do that. Coming from Australia that was one track that I was anxious to get to, and it did not disappoint. It is a proper, classic American racetrack.”

Bring the entire family out to experience the NTT INDYCAR SERIES Sonsio Grand Prix presented by AMR in person at Road America! Kids 16 and under get free general admission to all Road America season racing events with a paying adult at the gate. Make it a weekend of affordable fun by camping on-site on one of Road America’s 1,000+ campsites. Tickets and additional event details, ticket pricing, a tentative event schedule, and camping information can be found at www.roadamerica.com or by calling 800-365-7223. All races will run rain or shine.

About Sonsio: With a comprehensive lineup of vehicle protection plans, Sonsio offers industry-leading programs that cover tire and wheel road hazard protection, appearance protection, parts and labor warranties, mechanical advisory, and other critical consumer services. These benefits provide vehicle owners with affordable and valuable coverages to keep their vehicles on the road safely and maximize the resale value by keeping the appearance of their vehicles like-new. To learn more visit www.sonsio.com.