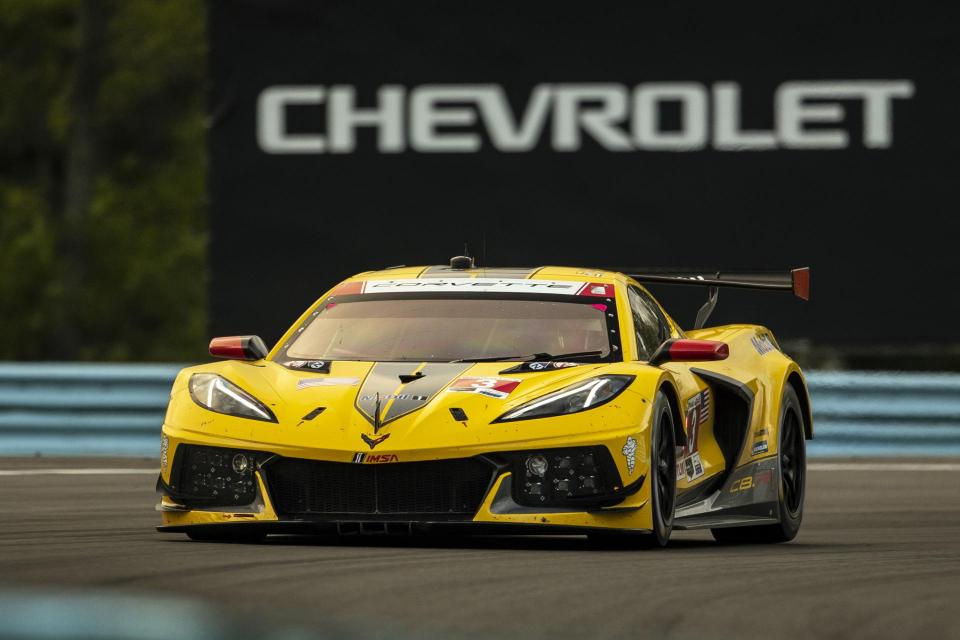 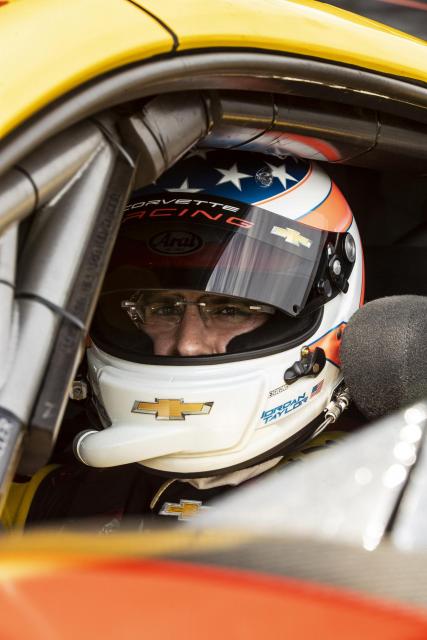 ELKHART LAKE, Wis., - July 27, 2021 – There’s always a buzz when Road America is discussed among drivers. The layout, the challenges, and the beauty are just a few topics regarding the 4.048-mile permanent road course in Elkhart Lake.

It took 13 years and races in a slew of different cars and series for Jordan Taylor to claim his first victory at the prestigious track.

Taylor and Corvette Racing teammate Antonio Garcia took the checkered flag in 2020 at Road America in the GT Le Mans class for the IMSA WeatherTech SportsCar Championship. They’ll go for a second straight victory at the IMSA SportsCar Weekend at Road America, Aug. 5-8.

“It was a crazy couple of laps to get that win, so it was a very happy day,” Taylor said of the 2020 event. He ran the first stint, and Garcia got behind the wheel about 45 or 50 minutes in.

It was a Taylor-made race day at Road America in 2020 as Ricky Taylor — Jordan’s older brother — drove to victory in the No. 7 Acura with Acura Team Penske. Helio Castroneves was Ricky Taylor’s teammate in the win.

Jordan Taylor first competed at the track in 2007 during a junior formula event with Skip Barber’s racing school. Road America left a memorable first impression on the Orlando native, who turned 30 in May.

“It’s a high-level track, some sections risky and dangerous, but as a driver, you enjoy elements of it because it adds character to the racetrack,” Taylor said.

“It’s got famous corners like the Carousel and the Kink that are known pretty much worldwide by those names. I think seeing them for the first time in person after hearing all those stories was intimidating, but that’s what makes Road America so special.”

Taylor and Garcia worked together well in their first full-time season running together in 2020. They won five races and claimed the GTLM drivers championship. They pilot the No. 3 Mobil 1/SiriusXM Chevrolet Corvette C8.R.

The 2021 IMSA event at Road America is considered a sprint race at 2 hours and 40 minutes in length and consists of one driver change. The first driver will compete for 30 to 90 minutes, and his teammate will run the final stint.

“If you’re doing more than one driver change, something is going wrong with your race or strategy,” Taylor said. “Having one driver change and doing it the way we’ve been doing it is the most efficient way to have a successful race.

“The guys at Corvette have been racing in these series for so long and understand the strategy so well. It’s very finely tuned with how it plays out.”

Taylor doesn’t anticipate massive changes in the team’s strategy on race weekend, considering the crew and engineers had a solid plan last season. They’re running the CR.8 that found success in 2020.

“We can take all that data we processed, see what we learned and what didn’t work,” Taylor said. “We had fast cars last year, so we don’t want to reinvent the wheel, so to speak.”

Taylor said he’s eager to defend the race win in his return to Road America.

“It’s one of the tracks that everyone knows about, everyone talks about,” he said. “You talk about old-school race tracks that all the drivers love, and Road America is high on that list.”

Tickets are available, and additional event details, ticket pricing, and camping information can be found at www.roadamerica.com or by calling 800-365-7223.

Anyone 16-years-old and under is FREE with a paying adult at the gate.