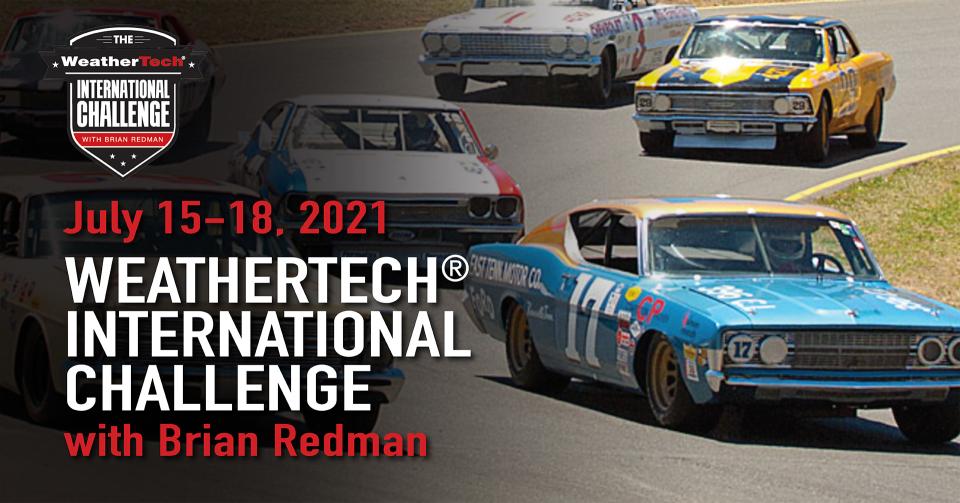 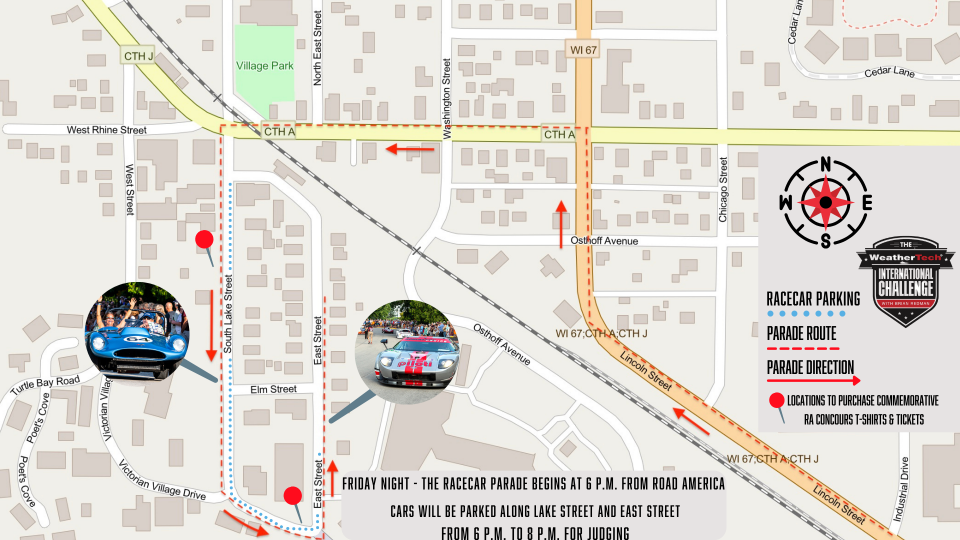 ELKHART LAKE, Wis., - July 13, 2021 – Summer is in full swing in the upper Midwest, and this year hundreds of vintage racers will make the journey to Elkhart Lake, Wisconsin, to celebrate the beauty and performance of some of the world’s greatest race cars and sports cars, July 15 – 18 at Road America for the WeatherTech International Challenge with Brian Redman.

Widely known as one of the largest vintage racing gatherings in the United States, over 400 cars are expected to participate, and both race cars and sports cars from all walks of vintage are welcome. With 14 different groups subdivided into several sub-classes, the wide range of cars provides something for everyone, and there will be no shortage of spectacular racing.

Every year has a feature, and this year as participants descend on the historical circuit, Road America plans to host historic Grand National and NASCAR cars as the featured marque. Road America is poised to usher in the celebration with a racer’s reunion, races for club and pro series–vintage, historical and contemporary racers; a Concours with expert and people’s choice awards, track touring, parade laps, and a vendor marketplace making the 2021 WeatherTech International Challenge with Brian Redman an event that everyone of all ages can enjoy.

Having the historic Grand National and NASCAR cars as the feature for The WeatherTech International Challenge with Brian Redman is a fitting tribute as Road America recently hosted the return of NASCAR Cup racing after 65 years on the Fourth of July. The NASCAR XFINITY Series has raced at the fabled four-mile 14-turn circuit since 2010.

The festivities kick off on Thursday, July 15, with gates opening at 7 a.m. Test sessions begin at 7:30 a.m. and run throughout the entire day. On Friday, the on-track action resumes with practice sessions in the morning and qualifying sessions in the afternoon.

Friday evening, the tiny village of Elkhart Lake will spring to life with a blend of art-on-wheels as over 100 race cars will parade from the track to downtown Elkhart Lake for judging and spectator viewing beginning at 6 p.m., for the Concours d’Elegance. The parade begins at Road America, heading North into Elkhart Lake along Hwy 67. The cars will then make a left turn on East Rhine Street and another left onto Lake Street, where they will be parked for viewing. Two additional locations to purchase tickets and T-shirts will also be available along Lake Street.

Everyone is invited to take part in the Concours viewing. Still, Road America encourages fans and patrons to arrive early (before 5 p.m.) to allow enough time for parking and to find your perfect viewing location along the parade route and Lake Street, where the race cars will park.

Please consider these alternate routes into Elkhart Lake. County Road A from the East, Golf Course Road from the South, and County Road J from the West.

The Village once again will be implementing the detours and road closures for the Concours. The major road closings will be E. Rhine Street from Lincoln Street to the intersection of Gottfried and Pine Streets. All roads that intersect with E. Rhine Street will also be closed to allow no traffic onto E. Rhine during the closure time. In addition, S. Lake and S. East Streets will be closed like in previous years. All closures will start at 3:00 p.m. and last until approximately 9:00 p.m.

On Saturday, qualifying resumes in the morning for all groups. Then in the afternoon, racing gets underway with qualifying races for each group. Over 100 sports cars will then gather again on Saturday evening in downtown Elkhart Lake from 6 p.m. to 8 p.m. for the second night of the Concours d’Elegance. Brimming with rarity, the street fills again. Most of these cars are rare metal, fast metal, and the access again is unprecedented.

Seeing owners giving little kids seat time in the cars is part of the fun. In short, events like this, having the young ones exposed to the cars, and the sensations surrounding the event are important to continuing the heritage of vintage racing, and events like The WeatherTech International Challenge with Brian Redman make all of this possible.

On Sunday, the featured racing begins at 8 a.m. Races are held until 11:45 a.m. when the Concours d’Elegance awards for Best Street and Racecar; Best of Show and the People’s Choice award are announced near Victory Lane and the paddock vendor area, centrally located in the paddock. The rest of the day is filled with exciting feature races for each group. Other fan attractions include autograph sessions, automotive art and vendor fair, on-track touring, disc golf, a family fun zone in Turn 1, and public go-karting at the CTECH Manufacturing Motorplex.

Tickets are available online or during the event at the gate. Additional information is available at www.roadamerica.com or by calling 800-365-RACE (7223).

All races run rain or shine, and anyone 16-years-old and under is FREE with a paying adult at the gate. Parking and paddock access are also free.