Road America, in beautiful Elkhart Lake, Wisconsin has a rich, captivating history spanning back to the early 1950s. Road America regularly shares key historical moments to race fans across the world to share in the camaraderie of racing. All imagery and historical details taken from the Road America archives. Learn more about America’s National Park of Speed! 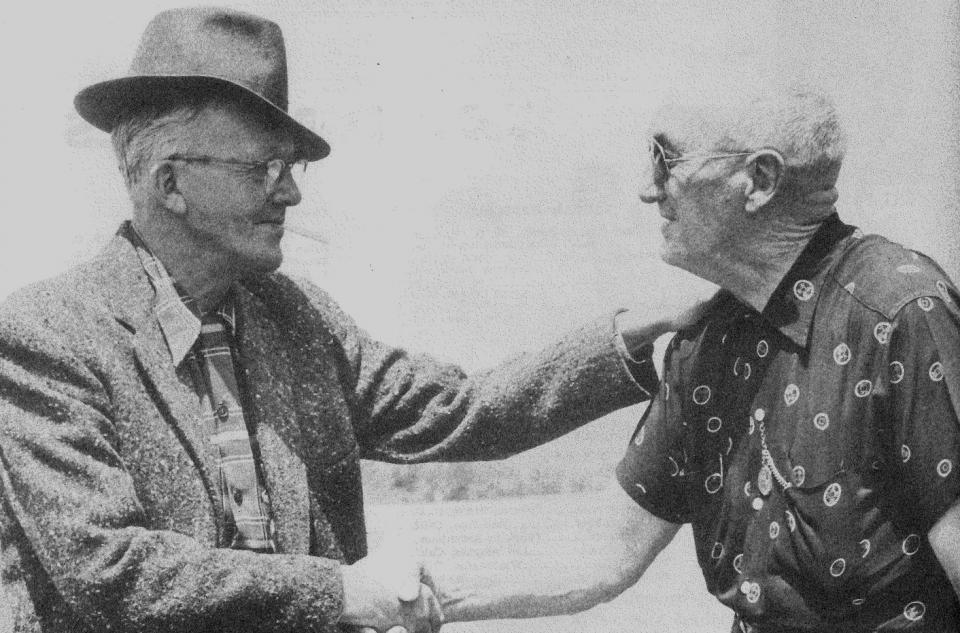 Man behind Road America, Clif Tufte, welcomes Cannoball Baker, NASCAR’s National Commissioner, to Elkhart Lake for the first international stock sedan race ever to be run on a U.S. road course. This is another “first” in the short but exciting history of Elkhart Lake’s Road America. Where others dreamt of a true road-racing course for America, Tufte and a hard-working, miracle-producing group of bankers, hardware men, manufacturers, construction men, and lawyers made a dream come true. Road America is today the top road course in America. Both of the sports-car events thus far held here have been enormously successful as this weekend’s F.I.A.-approved meet will undoubtedly also prove to be. When America is ready for Grand Prix racing, what better place for it than Elkhart Lake’s Road America? 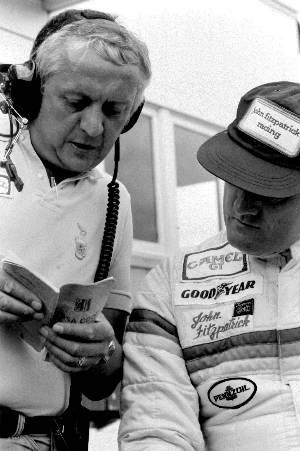 During the course of the International Motorsports Association (IMSA) season, drivers compete for points. In longer endurance events where two drivers pilot the same car, each driver is awarded equal points. This was the case on August 22, 1982 when John Fitzpatrick and David Hobbs started and finished first in the Camel GT race at Road America. Each driver contributed to the 2.08.192 winning time in the Kremer Porsche 935 Turbo #2 car. 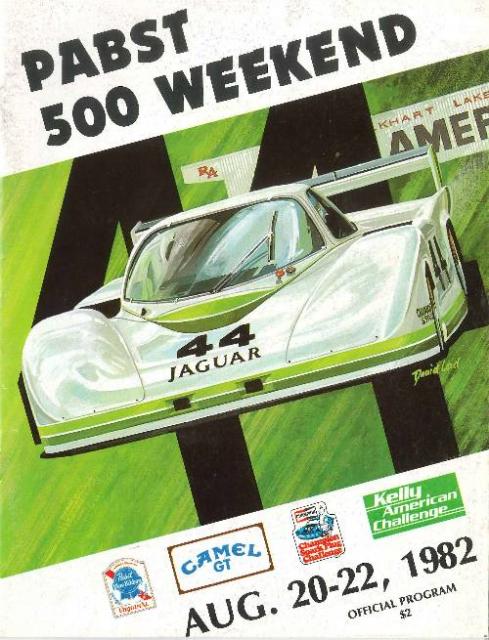 Camel Cars Defined
During the course of the International Motor Sports Association (IMSA) season, drivers compete for points in a bid to win the Camel GT championship. In Camel GT, GTO and GTU racing, only the top 10 finishing drivers earn points. In longer “endurance” events where two drivers pilot the same car, each driver is awarded equal points.

The Camel GT
The Camel GT racing series actually involves three different categories – GT, GTO and GTU. In long-distance races, the three categories compete against each other for the overall win. But each is also competing for a victory in his own class. In sprint races, GT and GTO cars usually compete in the same race while GTU cars often run their own separate race. GT is comprised of a variety of exotic, high-speed race cars. These cars are bred, predominantly, for the race track.

GTX Cars are members of the GT group. GTX cars (or GT “experimental” cars) are machines with high-horsepower, turbocharged engines outfitted with wings and lightweight tube frames. The most popular GTX car is a Porsche Turbo 935 which is usually further modified by a “treatment” from one of the world’s Porsche specialists, either Reinhold Joest or the Kremer Shops in Europe, or, as is the case with John Paul Sr., redesigned by a racer’s own shops. The new Team Mustang from Ford is another top GTX competitor.

GTP Cars are members of the GT group also. The GT Prototype machines became popular in 1981 when Brian Redman introduced the Lola T-600 and drove it to three wins in its first three races. GTP car may run a turbocharger only if the engine is under two liters in size. Over two liters and no turbo power is allowed. The Chevrolet v8 engine is popular in prototype cars and new rules will make Cosworth 3.9 liter engines eligible in ’82. Prototype cars expected to race Camel GT in 1982 include the Lola T-600, the BMW March (M1-C) and the exciting French Rondeau, all with a variety of powerplants.

The Camel GTO
Front engines cars like the American Corvettes and Camaros should be better able in 1982 to combat the series-winning rear-engine BMW M-1s which dominated the ‘81 season. Integral spoilers are standard now, and the GTO Cars are non-turbocharged. The GTO designation comes from the fact these cars are over (“O”) 2.5 liters of displacement.

The Camel GTU
The GTU designation refers to sports cars, basically production types, which are under (“U”) 2.5 liters of displacement. In 1981 the Mazda RX7 dominated the circuit but the Datsun ZX and Porsche 911 cars are expected to challenge in ’82. 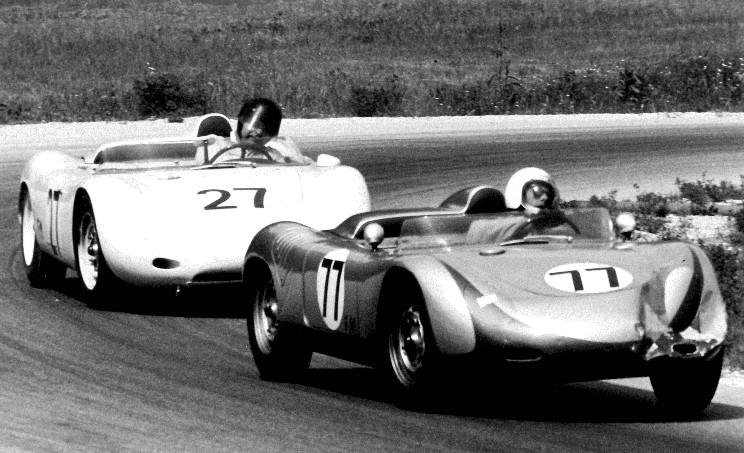 Bill Wuesthoff, Road America Board of Directors Emeritus and former President formed a strong interest in all things automotive from an early age. Wuesthoff’s first project was customizing a 1915 Model T Ford to lighten it to race around the family farm. While being stationed in Germany in the mid-1950s, he developed his lifelong interest in Porsches. He raced a Porsche 718 RS-60 in the F Modified class for the first time in the 1960 June Sprints.  Drift editor Pierre Perrin said at the time, “While all the big machines were merrily keeping spectators aroused, there was a small silver Porsche RS-60 circling around with quiet regularity. Wuesthoff was out for his first ride and he was FAST.”

In September of 1960, Bill and his long-time friend, Augie Pabst, finished second in the Road America 500 in Luigi Chinetti’s North American Racing team Ferrari V12 3.0-liter Testa Rossa. During the 1960 season, Dick Van Der Feen of Competition Press wrote, “It is difficult to exaggerate the stunning impression Bill Wuesthoff has made this year on experienced observers. After well-above-average success with a Healy and a standard Alfa a few seasons ago, Wuesthoff went off to military service. Last year he returned to the local scene, handily trumping the field in his super Alfa. This year he took delivery of a 1,500cc RS-60 Porsche and immediately he was much more than a good production car driver. Wuesthoff has moved into the top rung.”

Photo: Bill Wuesthoff in the 1962 June Sprints at Road America in his #77 Porsche RS-60

Bill Mitchell, former VP of Styling at General Motors and longtime supporter of Road America, established the Corvette Corral, originally across from the pits, as a gathering spot for his creations. The former crossover bridge at Turn 13 was named the Bill Mitchell Bridge in recognition of his long devotion to Road America. Fans can now walk over the 4.048-mile Road America racetrack via the Corvette Bridge near Turn 6.